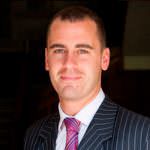 Rob originally qualified as the youngest solicitor-advocate in England and Wales back in 2006 before working exclusively as a Crown Court trial advocate for the largest publicly funded criminal defence firm in the North East of England.

After over a decade practicing as a solicitor-advocate, Rob cross qualified and was called to the Bar in 2017.

Rob is a CPS grade 3 prosecutor

Over the past 11 years Rob has acquired formidable reputation as a trial advocate.

Rob also conducts prosecution work on behalf of the CPS and is currently a Grade 2 Prosecutor.

Outside of work, Rob has achieved success as a road racing cyclist.

He is currently sponsored by, and races for, Le Col Ltd.

He recently competed at domestic professional level but as his children age, will likely tone down this aspect of his life as he encourages the new generation into sport