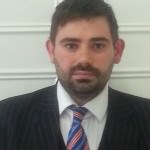 Richard grew up in the Leeds area. Having been awarded a 1st Class law degree from the University of Leeds he went on take the Bar exams in Nottingham. He then returned to Leeds when he joined Chambers as a pupil in early 2005. He became Joint Head of Chambers in 2017, becoming one of the youngest Head of Chambers in Circuit history.

Richard is direct access qualified and accepts work on this basis in general crime.

The majority of Richard’s practice occurs in Crown Courts on the North-Eastern Circuit, particularly in Leeds, Bradford and Sheffield. However, he has also defended in serious cases across the country. He has established himself as key member of 39’s criminal team over the past two decades.

He has also appeared in the Court of Appeal on a number of occasions, including an Attorney General’s reference.

R v Hunjan. Instructed on a private basis. Case prosecuted by King’s Counsel. D did not have the benefit of King’s Counsel. Allegation of attempted murder of 2 police officers in a busy shopping precinct. Incident captured on CCTV. Crown say D (who was of previous good character) attempted to stab 2 officers multiple times when they went to stop and search him. Acquitted of attempted murder of each officer following 3 week trial.

R v Swift – Led by Bryan Cox QC. Allegation of murder. D stabbed deceased over 70 times in a frenzied attack. D pleaded guilty to manslaughter. Crown’s case was that this was a pre-meditated and planned murder. Defence was one of loss of control following initial self-defence. Acquitted of murder after 3 week trial.

R v Khan – D pleaded guilty to conspiracy to supply drugs. Crown said he was the head of the Organised Crime Group and a leading role. D disputed this and submitted a basis of plea that was not accepted. Following a trial of issue and cross-examination of the officer in the case, the Judge accepted D was not the head of the OCG and he was dealt with as significant role rather than leading.

R v Knott – Led by Bryan Cox QC. Allegation of murder. D said to have pushed his girlfriend down the stairs. Case based on forensic and telephone evidence. Following cross-examination of Crown’s pathologist prosecution accept a plea to manslaughter.

R v Harvey-Gatewood. Led by Bryan Cox QC. Allegation of murder and perverting course of justice. D said to have been involved in supplying gun that was used to murder victim. Case based exclusively on cell site evidence and telecoms data between defendants. Acquitted of all counts following 4 week trial.

R v Towell. Allegations of conspiracy to money launder and supply drugs. Acquitted on all counts after a 4 week trial.

R v Johns. Charges of causing grievous bodily harm with intent and violent disorder. Allegation he had been involved in chopping off the hand of a youth in an arranged fight with weapons. Acquitted of all counts following 3 week trial.

R v Coulson. 2 allegations of robberies in the home. D was one of 6 on trial. 2 week trial. All other Ds were convicted. Coulson was acquitted of all matters.

R v Greening. Multiple counts of sexual offences, including a number of rape, against D’s step-daughter. Acquitted on all counts after week long trial.

R v Toner. Allegation of causing grievous bodily harm with intent, involving a fractured skull and permanent injuries. Submission of no case to answer upheld on the basis of identification.

Richard is an avid supporter of Liverpool Football Club, visiting Anfield at least 10 times a season. He has attended 2 Champions League finals.

He enjoys playing poker with friends. When feeling lucky he enters the occasional tournament.