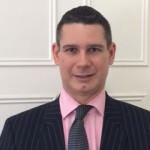 Head of the Criminal Team

Nick joined 39 Park Square in April 2014. He prosecutes and defends serious criminal cases in the Crown Court and Court of Appeal (Criminal Division).

Nick is a Grade 4 and Rape Panel accredited prosecutor on the CPS Advocacy Panel and has over twenty years experience prosecuting and defending criminal cases before the higher courts.

1988 – 1998 Nick had a general common law practice with a heavy crime bias at his former chambers in Leicester on the old Midland and Oxford Circuit. He joined Humberside CPS in 2005.

Nick spent nine years as a Grade 3 and Rape Panel accredited Crown Advocate based in Hull but prosecuting circuit wide, from Grimsby to Teesside, many of the more serious cases prosecuted by CPS Yorkshire and Humberside.

He has over twenty years experience prosecuting and defending criminal cases before the higher courts.

He is a Grade 4 and Rape Panel accredited prosecutor on the CPS Advocacy Panel.

Junior prosecuting counsel in ten murder cases, seven of which proceeded to trial and three of which he was also the reviewing lawyer. He consequently has extensive experience in disclosure and use of the HOMES major incident system. Prosecuting counsel without a leader in a similar number of attempted murder cases and a one punch manslaughter.

Prosecution and defence counsel in numerous sexual abuse cases including rape, sexual activity with a child, assault by penetration and sexual assault together with a significant number of child cruelty cases, including one described by the consultant paediatrician as the worst case she had seen in thirteen years practice.

Nick has extensive experience in dealing with traumatised victims and bereaved relatives both as counsel and reviewing lawyer.

R v Schuman The defendant who was the mother of a three year old girl, distraught after losing the legal battle for custody of her daughter, threw herself off the Humber Bridge clutching her daughter in her arms. Miraculously they both survived. Sentenced to a term of immediate custody for the attempted murder of her daughter, on appeal the sentence was reduced to a community based sentence. Nick was commended by the Court of Appeal for helpfully drawing their lordships attention to the victim impact statement of the girl’s father which contained a strong plea for mercy and of which their lordships had been unaware. The case was reported nationally in the papers and on TV and radio.

R v Siviter The defendant who had a history of committing knifepoint robberies entered a Hull newsagents intending to commit a further knifepoint robbery. Things went horribly wrong. He stabbed the newsagent causing near fatal injuries and fled the scene empty handed. The newsagents wife, traumatised by the sight of her husband being stabbed (and she believed killed) in front of her died of a brain haemorrhage the following day. The Crown were unable to establish a causal link to enable a prosecution for manslaughter but the defendant was convicted after trial of wounding with intent and attempted robbery. A very high profile case in Humberside with daily reports of the trial’s progress in the Hull press. The prosecution case relied on DNA and fibre transfer evidence and an alleged confession months after the event.

R v Anderson and Sellers  led for the Crown by FG Burrell QC. The defendants found their vulnerable victim who was having a solitary Boxing Day drink down a quiet country lane. They tortured him with an air rifle for the PIN numbers to his bank cards then beat him to death with a cricket bat. They then used his bank cards to withdraw the sum total of his bank accounts – about £2.00. Both defendants were convicted after a three week trial at Hull Crown Court.

R v Taylor The defendant who was on licence for an armed robbery where he had attempted to shoot the proprietor during the robbery of an East Riding pharmacy committed knifepoint robberies at two Hull betting shops along with his co-defendant. The co-defendant pleaded guilty. Taylor was convicted after a week long trial at Hull Crown Court that involved identification issues and expert photographic interpretation evidence in respect of both clothing and gait caught on cctv.

R v Coulter and Evans The defendants rolled a stolen car during a high speed police chase killing the third occupant of the car. Convicted of causing death by dangerous driving and aggravated vehicle taking at Bradford Crown Court.

R v Stulginskas The defendant who was a Latvian national stabbed a fellow countryman during a seventy two hour drinking binge. Because of the extreme state of intoxication of all involved the Crown’s case relied heavily on the expert evidence of the forensic pathologist as to the force required to cause a wound of the nature sustained. Rejecting the defendant’s contention that the wounding was a reckless act during drunken horseplay the jury acquitted him of attempted murder but convicted him of wounding with intent after a week long trial at Hull Crown Court.

R v Milner The defendant raped and sexually and physically assaulted his female partner over a twelve month period. Convicted after trial at Durham Crown Court.

R v Chitakunye The defendant who was a Zimbabwean national abused his position of authority and trust to sexually assault his teenage niece over a period of several years. Convicted after trial at Leeds Crown Court.

R v Phillips The defendant caused fifty separate injuries to her five year old daughter over a six month period in what was described by the consultant paediatrician as the worst case she had come across in thirteen years practice. The defendant was convicted after a week long trial at York Crown Court.

R v Jenkinson and Others Jenkinson stabbed another youth to death after a late night confrontation between two groups of youths on Scarborough sea front. Six other youths were charged with violent disorder and assisting an offender arising out of the stabbing. Nick was led for the Crown by T Roberts QC for the trial of Jenkinson. After a two week trial at Teeside Crown Court where many of the prosecution witnesses were reluctant youths the jury rejected Jenkinson’s defence of loss of control and convicted him of murder. Nick then prosecuted the other six defendants in separate proceedings without a leader obtaining an acceptable package of pleas from all six defendants. Nick was commended by the Senior Investigating Officer for his role in this difficult prosecution.

R v Rezmives and Others The defendant was one of five Romanian nationals indicted with trafficking Eastern European girls for sexual exploitation and controlling prostitution. The defendant was acquitted on all charges after a three week trial at Leeds Crown Court.

R v D The defendant, a fifteen year old schoolboy, was indicted with the rape of a thirteen year old schoolgirl. Using Facebook correspondence which undermined the prosecution case Nick persuaded the prosecution to accept a plea to consensual sexual activity with a child which led to the defendant receiving a referral order rather than a significant custodial sentence.

R v Smith The defendant, a former professional Rugby League player, was indicted with inflicting GBH in an off the ball incident during a match. The defendant was acquitted at his trial at Leeds Crown Court.

R v Bladen The defendant, the estranged girlfriend of the complainant, was indicted with arson with intent to endanger life for setting fire to his static caravan whilst he was asleep inside. Week long trial at York Crown Court.

R v Leek The defendant, the Nigerian wife of the male co-defendant, was indicted with child cruelty for turning a blind eye whist her husband systematically raped and sexually assaulted their young daughter over a period of many years. Two week trial at York Crown Court.

R v Butters The defendant, a twenty year old male, was indicted with causing the death of his best friend by dangerous driving. Both the prosecution and defence expert reports were against the defendant’s contention that a mechanical defect was responsible for the fatal manoeuvre. Trial at Teesside Crown Court.