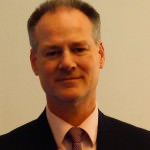 Morgan transfered from the New Zealand bar in 2013 and commenced his UK practice that year. Morgan began his advocacy as director of the New Zealand Screen Director’s Guild with a particular interest in copyright and authorship, before begining practice as a barrister.

Morgan’s practice in the UK has focused on public law with an emphasis on Immigration, Asylum, Family and Judicial Review. Morgan does not discriminate between clients and is happy to accept work directly from members of the public.

Morgan represents appellants in the First-tier and Upper Tribunals in all areas of asylum, immigration, EU and nationality law. He is available for short notice applications for emergency injunction and appears regularly in judicial review proceedings in both the Upper Tribunal and High Court. He accepts instructions from throughout England and Wales.

Morgan’s represents clients at all levels of the family jurisidiction, both in the Family Court and the High Court. Morgan’s practice focusses on the rights of children to a relationship with both parents within an international context.

Morgan represents clients in judicial review proceedings in the High Court and appeals. Morgan’s work focuses on asylum and immigration law and he also accepts instructions in other areas of public law including benefits, housing and planning law.

Outside of work, Morgan spends his weekends ferrying his children between sporting events, swimming and maintaining various bits of machinery.