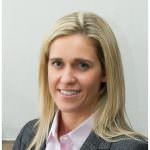 Originally from Liverpool, Lydia moved to Leeds in 2007 after falling in love with the Yorkshire Province whilst studying for her LLB at the University of Leeds. After graduating with a 2:1 honours degree, in 2012 Lydia decided to make the move to Leeds permanent and undertook the BPTC part-time at BPP Leeds whilst working as a Legal Assistant at a National Law Firm.

Lydia received a full ‘Exhibition Scholarship’ from Inner Temple of over £19,000 towards the BPTC, and upon securing Pupillage was subsequently presented with the ‘Otto and Sadie Rix’ award – the highest Pupillage Scholarship available from the Inn.

Lydia undertook a traditional mixed common-law Pupillage at 39 Park Square under the guidance of both Robert Skyner and Richard Canning, during which she was assessed as one of the four top performing Pupils in Advocacy on the North Eastern Circuit, and was subsequently selected to represent Chambers in the ‘Louise Godfrey Memorial Moot’.

After successful completion of her Pupillage, Lydia joins Chambers with significant experience already in Personal Injury claims and hearings and looks forward to expanding her growing Practice as a Tenant at 39 in areas of Crime and Immigration in additional to her Civil Practice.

Lydia is public access qualified and accepts work on this basis in the fields of crime civil and family.

Lydia is familiar with all aspects of Civil Practice and has significant experience in Personal Injury work at both the pre-litigation stage and with litigated claims and is an accredited member of PIBA.

Lydia’s background is in Public Sector work, having previously advised a number of Local Authorities and National Police Forces, having been granted the appropriate Security clearance to do so. She undertakes both Claimant and Defendant work in all aspects of drafting, advocacy and advice, with detailed knowledge in areas of:

Lydia is regularly instructed across a broad range of matters, including Small Claims, Disposal Hearings, Fast and Multi Track matters and Interlocutory Hearings; and is also happy to provide training and seminars to clients on a wide range of topics.

Lydia is regularly instructed as a prosecutor in Magistrates Courts across the North Eastern Circuit, and also frequently undertakes private prosecution work in both the Magistrates and Crown Court.

Lydia has also appeared as a defence advocate on regular occasion in both the Magistrates and Crown Court, most notably on a complex fraud matter listed for a 5-day trial in the Crown Court.

Lydia is happy to be instructed in all areas of Immigration, Asylum, EU and Nationality matters including Judicial Review proceedings and drafting grounds of appeal and has appeared before both the First Tier and Upper Tribunal in a number of matters.

Originally from Liverpool, Lydia attended the acclaimed St. Edwards College, Sandfield Park, having been awarded a Music Scholarship to the school.

Alongside music, Lydia spent much of her youth playing sport, swimming and competing in Triathlons at National level, as well as playing Netball and Hockey for the North of England.

After taking a gap year working in the city, Lydia moved to Leeds to study Law with Management at the University of Leeds in 2007. There she continued her Hockey career – becoming Club Captain for Women’s Hockey and Sports Representative for Leeds University Union thereafter – her endeavors resulting in the accolade of the ‘White Rose Award – for outstanding contribution to University life.’

As a student, Lydia fell in love with Leeds and could be regularly found in Headingley or along the Otley Road. Now, Lydia says she has fallen for the city all over again, but from a different perspective as a young professional and cites this as the main reason she now drinks “nicer tasting wine” – though she does miss the student prices!