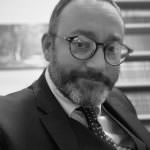 Before being called to the bar in July 2017, Gareth began his career in the North East and then in West Yorkshire practicing as a solicitor with Higher Rights of Audience. Gareth was admitted as a solicitor in 2003 and gained 14 years post qualification experience before transferring to the Bar. He has specialised criminal and misconduct matters throughout his career including:

Since being called to the bar Gareth has been instructed in serious criminal cases including murder, serious violence, rape, and serious drugs offences.

Gareth has a hands-on approach and undertakes work both prosecuting and defending, primarily in the Crown Court.

Gareth is a member of the CPS Grade 2 Panel.

When not working Gareth enjoys spending time with family and cooking.