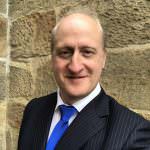 Brian was formerly an officer in the British Army before studying law at Nottingham University and was called to the bar in 1998.

He now has over 20 years experience of prosecuting and defending serious criminal cases in the Crown Courts throughout England.

Brian is a Grade 4 & Rape Panel accredited advocate and was recently instructed to prosecute a serious rape and violent assault resulting in a life sentence at Leeds Crown Court. He also recently prosecuted a complex Modern Slavery and forced prostitution trial in South London.

Brian has recently secured the acquittal of an 18 year old man accused of murder in Hertfordshire and defended the wife of a farmer who was discovered dead some five months after he went missing.

Brian has a busy court martial practice that includes the recent acquittal of an RAF warrant officer on a serious sexual offences case.

Brian is a member of the Serious Fraud Office Panel B & the CPS Specialist Fraud Advocacy Panel Grade 3.