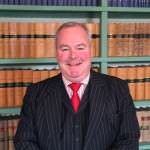 Adam’s recent call to the Bar followed careers as both a solicitor and, prior to that, a police constable. As a solicitor he worked at highly respected Leeds practices such as Henry Hyams, McCormicks and Delaneys. He set up his own solicitors practice in 2002.

As a solicitor and higher courts advocate Adam litigated and appeared as defence advocate in a wide range of cases including rape, murder, GBH and bank fraud. Latterly Adam has defended clients across the North of England in a series of drug conspiracies.

Adam is a grade three prosecutor.

When not working Adam enjoys reading, spending time with his family, DIY and gardening.

Adam’s experience as a defence advocate includes the following: