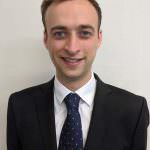 Peter completed his pupillage at 39 Park Square under the supervision of Heads of Chambers Richard Canning and Robert Skyner.

Peter was Called to the Bar by Middle Temple on 10 October 2019.

Peter has a 1st class undergraduate degree from UCL, where he studied History with Languages.

Before coming to the Bar, Peter spent 3 years working for the United Nations, as well as working for Greater Manchester Poverty Action, Salford Unemployed Centre and The Times newspaper.

Peter was not awarded a scholarship by his Inn, but was determined to become a barrister non the less. He went on to receive ‘Outstanding’ grades from the University of Law in Leeds for all of his BPTC Advocacy, and was the winner of several mooting competitions.

Peter regularly defends and prosecutes in the Crown Court and in the Magistrates’ Court.

Peter is CPS Grade 1. Peter completed a 3 month secondment with CPS Northwest from October to December 2020 which gave him a full understanding of Magistrates’ Court procedure.

Peter receives instructions on a range of civil matters.

Peter welcomes instructions for consumer claims and personal injury work. He has represented clients at costs hearings, infant settlement hearings, strike out applications, and several applications regarding expert evidence. Peter has also conducted fast track trials, and has a busy practice with written advice for civil matters. Peter has represented both Claimants and Defendants.

Outside of Chambers, Peter is a Co-Director of Leeds Free Legal Representation, which provides free social security and employment law advice and representation in Yorkshire.