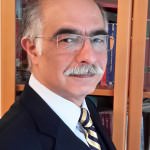 Mehran joined 39 Park square with 15 years of experience prosecuting and defending in serious criminal cases in the Crown Court and Court of Appeal (Criminal Division). He is a Grade 3 prosecutor on the CPS Advocacy Panel.

Mehran was a production engineer working for Grand Metropolitan for a number of years before opening and running his own business. Meanwhile he trained as a lawyer obtaining his law degree as well as a master’s degree in law. Following the completion of his training contract he entered private practice engaged in criminal defence work.

He joined the Crown Prosecution Service by the invitation of then Chief Crown Prosecutor for Yorkshire and Humberside. He prosecuted trials before joining the newly formed Complex Casework Unit, working alongside some of the most experienced lawyers within the service prosecuting complex cases at a national level.

Mehran then joined the newly formed Higher Court Advocates team where he began prosecuting exclusively at Crown Courts as a grade 2 advocate conducting trials. In 2007 Mehran was elevated to grade 3.

As a sole advocate Mehran has successfully prosecuted a number of operations involving a number of defendants. These operations have involved drugs trafficking, sham marriages and public disorder at a large scale.

Mehran has years of experience in prosecution of serious cases which provides him with vast amount of knowledge benefiting his clients in defending their cases.

Operation Peltos Armed robbery of series of upmarket Jewellers committed by a group of Eastern European defendants in a period of two years by flying into UK committing the offences and flying back home in 48 hours.

R v Halstead Manslaughter of an elderly lady where in the course of a robbery;  the deceased fell backward to the ground and suffered fatal injuries.

Operation Conjunction (5 defendants)  Conspiracy to arrange and execute sham marriages for a number of EU citizens in breach of Immigration Law.

R v Isaac and 2 others Conspiracy to supply heroin and crack cocaine in Yorkshire with the main evidence presented using telephone communications and cell site analysis.

R v Hogg and 2 others Multiple stabbing, torture and false imprisonment of a vulnerable victim.

R v Hussain Wounding with intent, the defendant stabbed his own mother in the face using a carving knife which stuck in her eye socket creating a serious challenge for the surgeons to save her life.

R v Revill Theft and fraud of 19 million pounds by an IT manager abusing his position and trust of the company over 4 years.

R v Cowling and 2 others Death by dangerous driving – a racing case where at the first trial the jury was unable to reach a decision but at the retrial the defendants were convicted.

Mehran has also been led by a number of leading counsel prosecuting multi-handed murder cases and undercover drug trafficking operations.

Operations Greenhill 1, 2 and 3 (126 defendants) – Led by Mr Christopher Tehrani QC, numerous conspiracies between various groups of defendants supplying class A drugs as well as targeting expensive cars and stealing them in burglaries.

R v Kareem and Osman Led by Mr Paul Greeney QC in a torture and murder of the deceased and wounding, false imprisonment and robbery of two other victims.

Operation Pentagreen -Led by Mr Christopher Tehrani QC in a torture and murder of a vulnerable victim.

R v Croasdale and 4 others Led by Mr Christopher Tehrani QC for manslaughter of the deceased.

Mehran enjoys reading, long distance walking and listening to classical music. He chairs the Local Assembly of the Baha’is of Leeds and has been an elected member for over 20 years. He is also an active member of Multi Faith Forum promoting unity and cohesion amongst the faiths groups.